No Fear In Love

How long have you been a singer songwriter?
I began writing poems when I was twelve by candlelight,
and writing songs in the late 90's.
I have always wanted to sing since I was 5 years old
and would sing with my Kindergarten Teacher at school.

My Mother and I would sing together at home,
she was a singer too. I had a speech impediment
until I was twelve and then a speech therapist helped
me to correct it in a half hour session.

I became more confident after taking private vocal lessons
and classes in Jazz, Broadway and Italian Opera.
My instructors encouraged me to rest on.

I took guitar lessons in the year 2000 and released
my first album in 2003 after I recorded my In Heaven song.

What was the first concert you ever went to?
Led Zeppelin, I was a young teen and it changed my life.

What gear do you use?
Les Paul and Ovation guitars and Bose PA- Dean Markley accessories.

Who was your biggest musical influence growing up?
Motown and Rock, later Jazz.

Are you in a band? Have you been in bands?
I am a solo artist, I brought in other band instruments for some songs
on my albums with great California bay area musicians.

If you could jam with anyone, who would it be?
Paul McCartney or Bon Jovi.....

You're stuck on a desert island and only get to bring one album with you. What do you pick?
Wow..... something classical perhaps- but I'd bring my Stephen and my
guitar and pens and paper and my iPhone, I hear you can put a battery
in the sand and it will recharge.

In the Spirit of Love 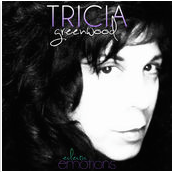 Baby, You're My Valentine